Yesterday I had the unique opportunity to explore some private property in a beautiful sandhill habitat near Bronson, Florida.  The site was newly acquired by friends of mine, and I’d been waiting for weeks to do some exploring there.  Thus, I was full of anticipation for a great day in the field, since I knew I would find some neat critters…  But I never would have guessed what I would end up finding! 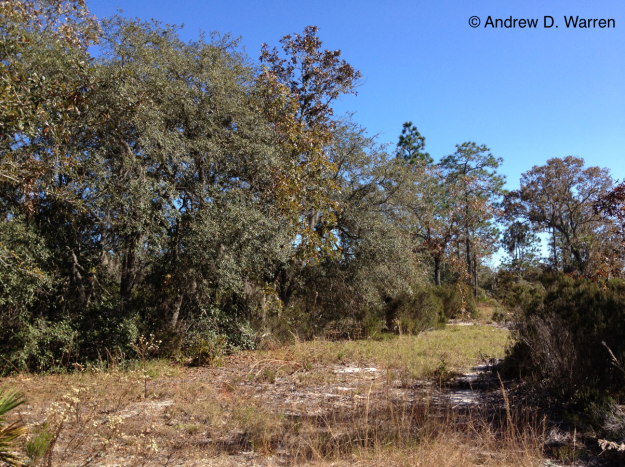 At about noon, in a small clearing in the Turkey Oak- Sand Live Oak- Longleaf Pine habitat, I saw a large gray spider running, then taking cover, some 25 feet or so away from where I was standing.  I promptly headed over to find and photograph the spider.  As with most well-camouflaged critters, it took me a few moments to spot the spider among the leaf litter. 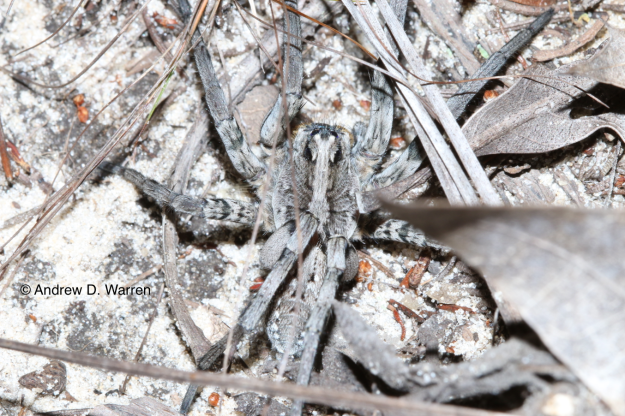 As I was taking photos, I realized the spider was chewing on something, though I could not tell what, since I couldn’t get a clear view of its head.  So I decided to tap the spider with my finger to see if I could get it to move into a different position, in order to figure out what it was eating, and to get better photos. 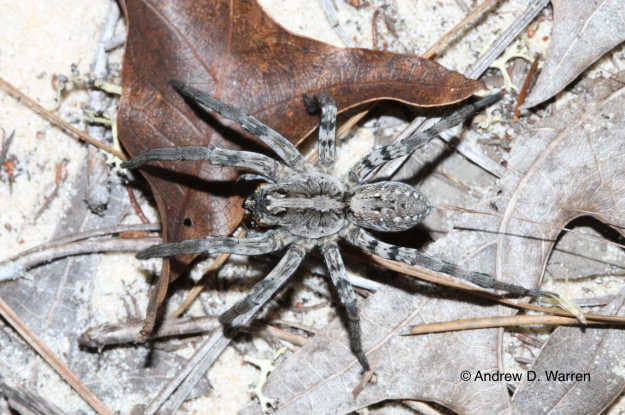 Wolf Spider, after being flushed from its initial hiding place

The spider was cooperative, and moved a short distance into an open area, with its legs evenly spread.  I maneuvered myself to where I could get a good look at the spider’s face, then got on my belly for some clear shots.  I could not believe what I saw!  The spider was eating a Festive Tiger Beetle (Cicindela scutellaris unicolor)!  Tiger Beetles are hard to sneak up on, and are even harder to catch!  They are known for their running ability and fast flight- they are extremely wary…  I’ve seen Robber Flies catch Tiger Beetles in flight before, but never imagined that a spider could sneak up on one at catch it! 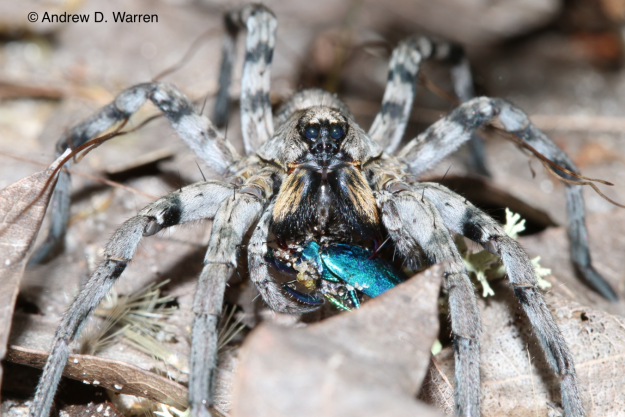 I observed the spider for several minutes, as I took photos.  Then I repositioned the spider- with a gentle tap- again, and again, to get photos from different angles in different poses.  At one point, the spider became startled by my tap and dropped the beetle carcass, but readily resumed feeding when I dangled the beetle remains in front of its chelicerae. 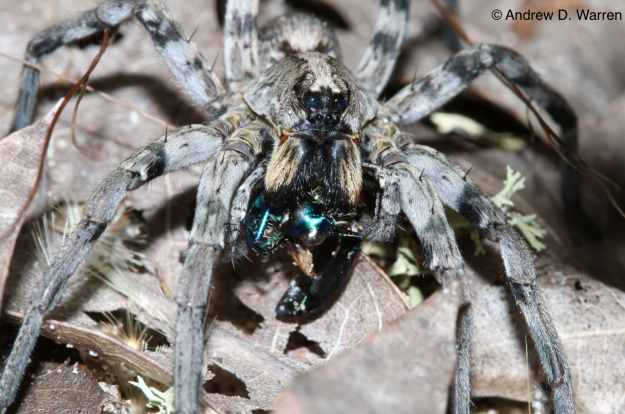 Chewing on the tiger beetle’s head!

Within a few short minutes, all that remained of the Tiger Beetle was a section of the head and the elytra, parts that were ultimately left behind. 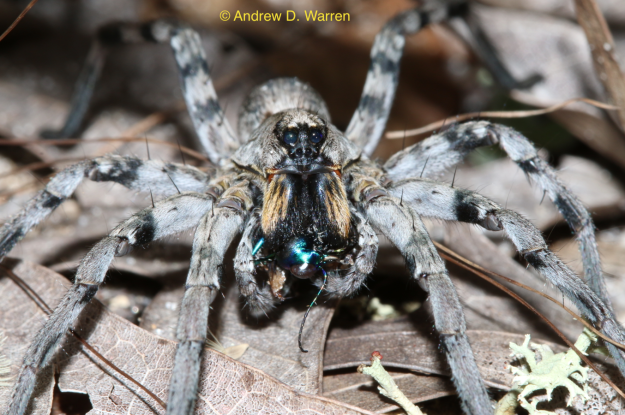 The Festive Tiger Beetle is common in sandhill habitats in much of Florida, and is active, depending on the weather, from late September to April, passing the winter as adults and mating in the spring.  They are some of the most brilliantly colored beetles in the region. 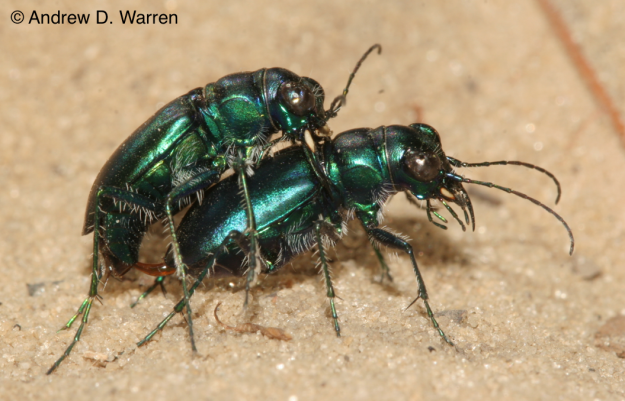 Big thanks to Mary and Grant for allowing me to explore their property- I hope to return soon!